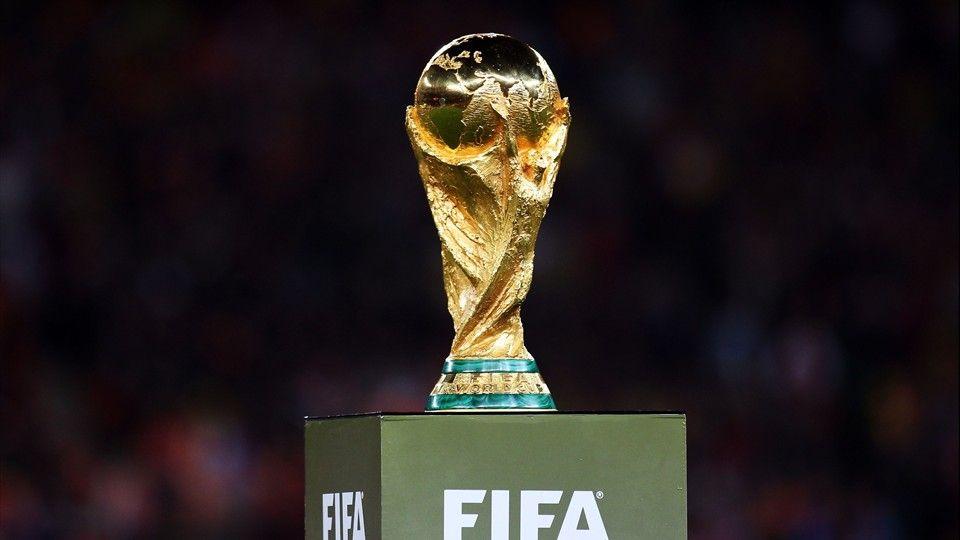 A trophy is an award cup with a substantial value that serves as a perpetual reminder of a specific achievement and evidence of merit.

The purpose of every competition is to obtain an award, in most sporting events expensive trophies are awarded to the winner or winning team. Although cash benefits are given to the winning team or winner, a trophy in itself is of great monetary value, and its value is measured by the size, nature of materials used in making it, as well as the prestige that comes with it.

Today, We would be talking about the most expensive football trophies in the world and why all players/teams aim at winning one for themselves especially that of FIFA World Cup which happens to be the best.

The FIFA World Cup trophy is the world’s most expensive and prestigious.

(Fédération Internationale de Football Association) FIFA the global governing body of international football competition founded 91 years ago (1930) is made of 32 teams and has had 21 World Cup tournaments which have been won by eight national teams ( Brazil, Germany, Italy, Argentina, France, inaugural winner Uruguay, England, and Spain).

Since its conception, World Cup has used 2 trophies. The first World Cup trophy was named Victory originally, but in honor of FIFA president Jules Rimet was renamed Jules Rimet. It was made of gold-plated sterling silver.

The original Jules Rimet Trophy was stolen in 1983 and was never recovered. After which a new trophy, called the “FIFA World Cup Trophy”, was introduced in 1974.

Copa Libertadores football competition was Founded (1960) 61 years ago and is made of 38 teams.
Independiente of Argentina is the most successful club in the cup’s history, having won the tournament seven times. Argentine clubs have accumulated the most victories with 25 wins, while Brazil has the largest number of winning teams, with 10 clubs having won the title.

The cup has been won by 25 clubs, 15 of them more than once, and six clubs have won two years in a row.
The Copa América trophy is a 9 kg (20 lb) weight and 77 cm (30 in) tall silver ornament, with a 3-level wooden base which contains several plaques. The plaques are engraved with every winner of the competition, as well as the edition won.

UEFA Europa League which was founded in 1955; 66 years ago and rebranded in 1992 with 32 teams offers the world’s third (3rd) most expensive football trophy.

This trophy is a silver cup on a yellow marble plinth without handles, it was designed and crafted by the Bertoni workshop in Milan. The original trophy remains in UEFA’s custody at all times, the winning team is awarded its replica.

Ballon d’Or trophy Is the world’s fifth (5th) most expensive football trophy in the world. One of the oldest and most prestigious individual awards for football players, is given to the best player each year.

Originally this trophy was only given to European players hence called the European Footballer of the Year Award. In the year 1995 it was expanded to include any players from any country who had played for European clubs. In
the year 2007 Ballon D’or Award became a Global Honor making all professional players across the world eligible.

There may be no finer feeling for a football team than winning a tournament and carrying home an iconic trophy. The football game is the most popular sport in the world, which attracts a lot of money. As a result, it should come as no surprise that these legendary football trophies have a high monetary worth.

Among the World’s Top 5 Most Expensive Football Trophies The FIFA World Cup Trophy ($20 million) made of 18-carat gold is obviously the most valuable and prestigious trophy in the world.

As a result of the prestige and financial benefits that accompanies football competition every player strives for mastery of skills and aims to not just to help their team qualify for FIFA World Cup football competition but also to stand out as the best footballer of the year.